Dr. Nahid is Professor of Medicine in the Division of Pulmonary and Critical Care Medicine. His research includes the conduct of clinical trials and translational research in TB with the goal of improving the care of patients with TB and HIV/TB worldwide. Dr. Nahid attended medical school at the University of California, Irvine and completed his residency in Internal Medicine at Scripps Clinic in 2001. Dr. Nahid attained his Masters in Public Health at San Diego State University and completed his Pulmonary and Critical Care Medicine Fellowship at the University of California, San Francisco in 2004.

Dr. Nahid’s research focuses on patient-focused clinical trials, epidemiological and translational TB research in international settings. He is Principal Investigator of the Tuberculosis Trials Consortium (TBTC) Clinical Trials Units (CTU) in Hanoi, Vietnam and San Francisco, CA, which are funded by the CDC. He co-Chairs the FDA-registered Phase 3 clinical trial of a rifapentine-based short-course treatment regimen for active tuberculosis (TBTC Study 31 / ACTG A5349), launched in March 2016 across 30 international sites, recently having completed enrollment with top-line results to be shared in Q4 2020. Dr. Nahid has served as co-Chair of the Critical Path to TB Drug Regimens (CPTR) Biomarkers and Clinical Endpoints Working Group, which has focused on the regulatory aspects of both clinical endpoint determinations for trials as well as TB biomarker discovery. Dr. Nahid Chairs the CDC TB Trials Consortium’s Core Science Group, which guides the scientific agenda of the CDC-TBTC. He leads two NIAID-funded TB biomarker-focused RO1’s including the Express 31 RO1, which is evaluating sputum-based M.tb RNA and transcriptional profiling assays as treatment effect biomarker and pharmacodynamic marker for clinical trial applications. Dr. Nahid Chairs the WHO Task Force on New Drugs and Regimens for TB, and has served as a member of the WHO Task Force on Global TB Research Strategy. Dr. Nahid has served on several WHO Guideline Development Committees and as consultant on Technical Reports on TB therapeutics and vaccines. 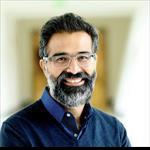