Her research examines why law reforms and policy innovations spread around the world in waves. Linos’ book The Democratic Foundations of Policy Diffusion: How Health, Family, and Employment Laws Spread Across Countries (Oxford University Press, 2013), explains the politics of legal transplantation. Democratic Foundations won the 2014 Chadwick Alger prize as the best book on international organization and multilateralism, the 2014 Peter Katzenstein prize for an outstanding first book in international relations, the 2014 Giovanni Sartori prize as the best book on qualitative methods, and was reviewed by nine international law professors for an Opinio Juris symposium.

The law and politics of the European Union are another key area of Linos’ research. Despite being the most integrated international legal order we know, the European Union has stumbled in its efforts to fully harmonize the laws of its member states. Linos finds that member states delay the implementation of EU directives not out of strategic motivations, but mostly due to limitations in state capabilities.

To further explore the gap between widely diffused, internationally accepted norms and their uneven implementation on the ground, Linos’ recent work focuses on human rights. With the support of the Hellman Family Fund, Linos has investigated empirically how over 100 countries adopted National Human Rights Institutions, and what makes some of these agencies particularly effective.

In 2017, Linos was awarded a Carnegie fellowship to study the European refugee crisis. She will investigate how communication barriers frustrate fundamental rights, and explore the potential of new technologies to facilitate refugee and migrant integration. 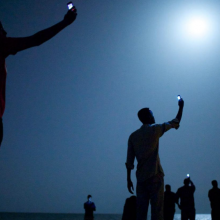 We are currently building an online platform to fill information gaps and correct the types of miscommunication that prompt refugees to distrust host governments and their services. 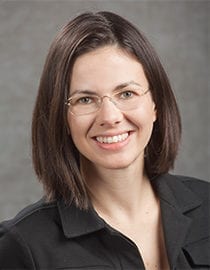