Dr. Daniel Zoughbie is a social scientist and entrepreneur.  He is
Lecturer and Vice-Chair of the Center for Middle Eastern Studies at
the University of California, Berkeley and a Lecturer in the Masters
of Development Practice and in the International and Area Studies
Teaching Program.  Previously, Dr. Zoughbie held positions at Harvard,
Stanford, and Georgetown Universities.  His peer-reviewed research,
which covers the fields of population health, social networks, and
international security, has been published in The Lancet Global
Health, Diabetes, Preventive Medicine Reports, JAIDS, Circulation, and
in book form, by MIT Press.

Dr. Zoughbie is also committed to translating research into impactful
policies.  While an undergraduate at UC Berkeley, he started
Microclinic International (MCI), a non-profit and non-governmental
organization dedicated to scaling up his "microclinic model," -- a
social-network approach for the prevention and management of major
chronic disease epidemics. Under his leadership, the model has been
adopted for national scale in Mexico and Jordan, at a regional level
in Tennessee/Kentucky, and at a multi-country level for refugees via
the United Nations.  For his public health scholarship-activism
reaching over 10 million people, he was awarded the Drs. Anvar and
Pari Velji Emerging Leader in Global Health Innovation Faculty Award
by the Consortium of Universities for Global Health Annual Conference

Prior to postdoctoral studies at Stanford, UC Berkeley, and Harvard,
Dr. Zoughbie graduated Phi Beta Kappa and with highest honors from UC
Berkeley. He studied at Oxford on a Marshall Scholarship and completed
his doctorate, also at Oxford, as a Weidenfeld Scholar. Previously, he
was appointed a member of the Board of Directors of the San Mateo
County Community Colleges Foundation, which serves 40,000 students. 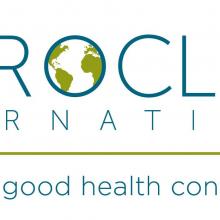 This project aims to develop a social network-based model for the prevention and management of diabetes in Jordan. 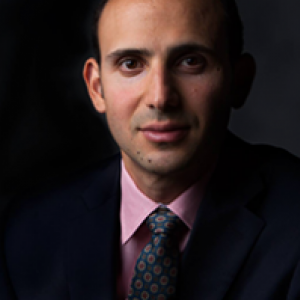